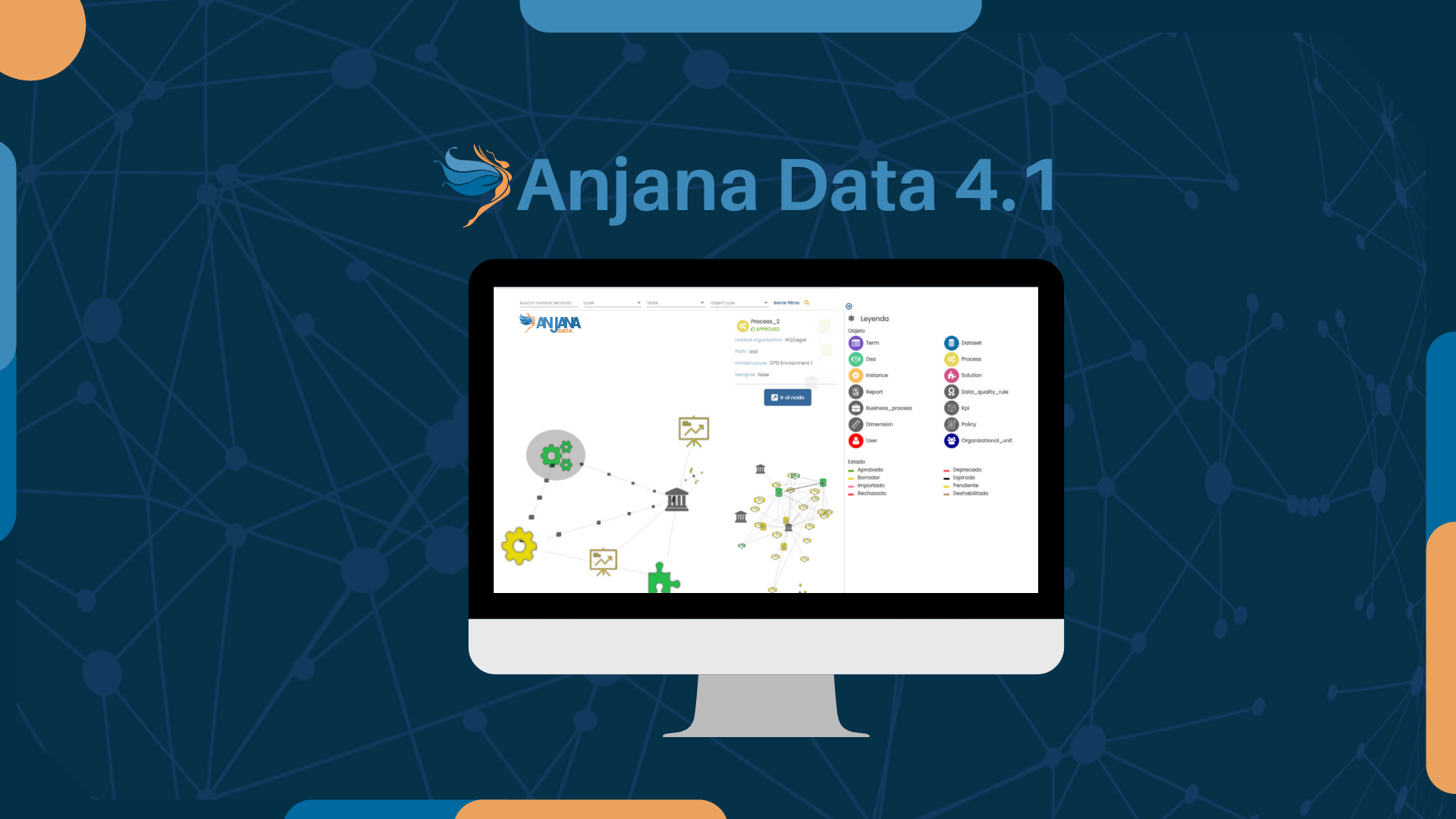 The new version of Anjana Data includes an evolution in the tools available to organizations to extract the greatest possible value from the data thanks to the operationalization of an effective and efficient data government. The improvements of this version revolve around the evolution of the CORE Metamodel and the improvement of the user experience. In addition, it includes new components and specific views to simplify the search for objects to users and the consumption of information through the graphical interface of the application.

Anjana Data v4.1 implements an evolution of the CORE Metamodel on which the Business Glossary and Data Catalogue are based, allowing users to add new types of attributes to dynamic forms and configure new validation rules within metadata templates for any object.

Regarding the UX & UI (user experience), the application continues with its evolution towards an increasingly intuitive and friendly design in order to facilitate the day-to-day of users in relation to the Data Government. Thus, in this version the focus has been on improving the user experience when editing objects, reducing the number of clicks needed to make changes, as well as the consumption of more detailed information without the need to move between different screens of the application.

Another new feature that incorporates Anjana Data v4.1 is a new component for the ‘Object Search Bar’ which is located at the top of the user interface in all views of the application and aims to provide more relevant information about the wanted objects. In addition, the use of this component is extended to other parts of the application where it is required to search for metamodel objects (e.g. to incorporate Datasets to DSAs).

On the other hand, in relation to the graphical representation of the lineage of the data, in this version 4.1 have been included a series of additional capacities to the advanced graphic library of 3D, thus improving the user experience when working with this type of graph-oriented visualization.

Regarding audit actions, a complete review of all automatically generated audit messages related to the auditable actions has been performed, resolving some problems detected in relation to the information displayed on the screen. In addition, the Administration and Configuration Portal has improved the capabilities of the ‘Workflows Design Tool’ giving users the ability to include more actions in an easier and faster way following the BPMN2.0 standard.

Finally, some technical improvements have been developed in several of the back-end modules of the architecture, which results in a better performance of the entire solution while giving a greater ease of implementation and configuration of some of these modules.